Published on Patch.com: Until and Unless documentary addresses queer India

The South Asia Center at the University of Pennsylvania, in partnership with The Philadelphia Women's Film Festival, invites the public to the world premiere of Until and Unless.

Set in West Bengal a year before the historic decision to repeal India's anti-sodomy law Penal Code 377, "Until and Unless" follows the story of four individuals and the impact of systemic oppression via India's legislative system on their lives.

"We are thrilled to have been able to produce a project that both offered an invaluable learning experience for our students and resulted in a relevant product for our partner organization," said Amelia Carter, assistant director of SAC.

The producer and co-director of the film, Carter started working with Durbar Mahila Samanwaya Committee (DMSC) and Anandam in 2014 to develop a research internship program. The SAC Research Internship Program sends students to South Asia for 8-10 weeks during summer break to work with local organizations on research projects in their area of interest.

"In international projects, it is important for institutions like ours to trust community organizations to be the expert in their own field and take the lead. We try our best to teach our students this and see our role as leveraging resources to support organizations and students in achieving their development goals along the way," said Carter.

"I have been incredibly proud of everyone's ability to push far beyond our capacity to bring this project to fruition."

For two summers Penn students visited Kolkata to help Anandam produce a film addressing the impact of Penal Code 377 on the lives of Anandam's community members.

Anandam follows the model of self-determination and community-led movement promoted by their mother organization DMSC (a sex workers rights collective in West Bengal). Welcoming the opportunity to build with outsiders in the development of educational material, the organization believed one day the resulting product could be used as a teaching tool for understanding the impact of systemic oppression.

"The film is meant to show the lived impact of 157 years of systemic and social violence on a population of people that few consider," said Sintu Bagui, co-director of Until and Unless and secretary of Anandam.

"Through this project, we, the most marginalized within the LGBTQ community in India, can finally tell our stories in our own words. We can finally be heard," said Bagui, the child of a sex-worker who lives in a 300-year-old red-light district on the outskirts of Kolkata, the capital of the Indian state of West Bengal.

"Through this film, we want to show that centuries of oppression do not resolve with the repeal of a law. This is only the beginning of our fight towards human rights," said Bagui. 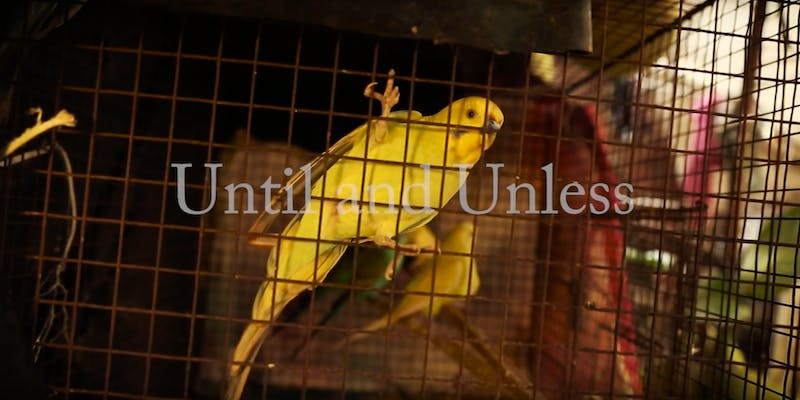 The International House of Philadelphia will host the world premiere of the documentary "Until and Unless" on November 13th.

The 30-minutes film features Sintu, a transwoman community leader raised in the Sheoraphuli red-light district; Nitu, a transwoman sex worker who lives a dual identity as a man named Nitai; Lovely, a Kothi person who lives a closeted life while working in an office environment, and Pratap, a trans teen still navigating her identity.

Through juxtaposing their stories with interviews from lawyers and activists working to change anti-LGBTKH* law, the film shows the lived consequences of state and social violence on community self-representations.

Supported by funding from the U.S. Department of Education National Resource Center Program, Dr. Soma Roy, Sintu Bagui and Nitu Giri will participate in the SAC Artist Residency Program and screen the documentary for audiences throughout Pennsylvania, New Jersey, North Carolina, and California.

"We are thrilled with our partnership with the South Asia Center. Working with their staff and students have helped Anandam develop our capacity, mission, and vision in important ways," said Roy, an Anandam Advisor.

A senior research and capacity building officer at Sonagachi Research and Training Institute, the research wing of Durbar Mahila Samanwaya Committee, Roy said a "tremendous amount of labor, sensitivity, and thoughtfulness has gone into this project and we are so excited to see two years of work come to life."

Nitu Giri, president of Anandam and co-director of the film echoed Roy's sentiments.

"We hope this film will add our voices to the national and international conversation on gay and trans rights."

Until and Unless Screenings & Panel Discussions