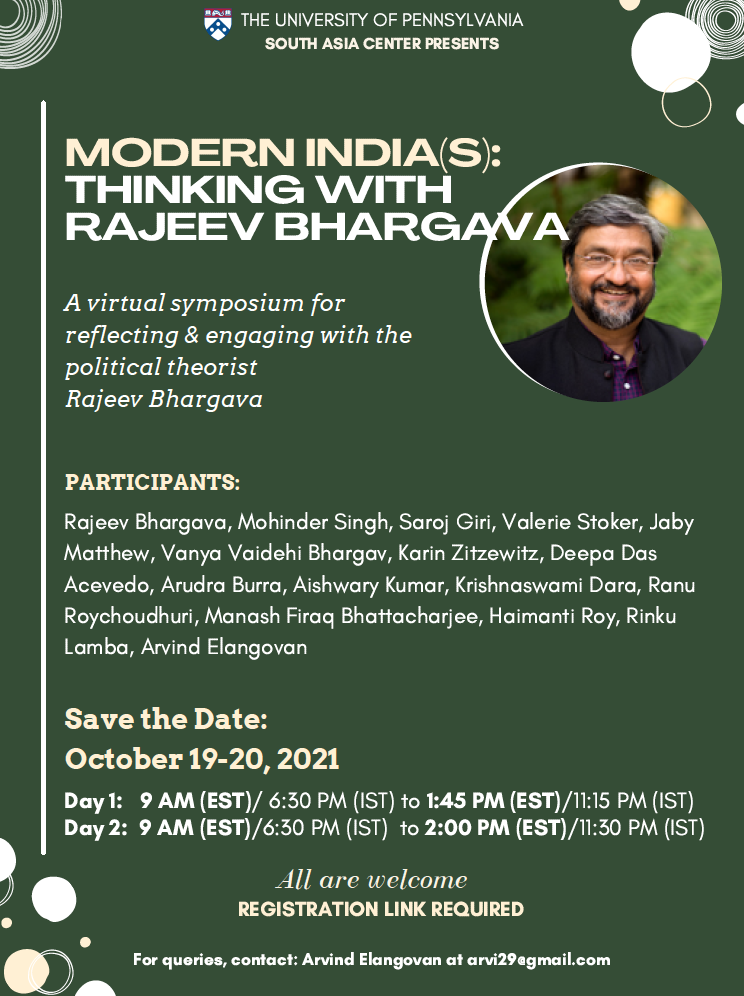 For more than three decades, Rajeev Bhargava’s wide-ranging contributions in the field of political theory have alerted us to the importance of normative structures and impulses that frame the modern Indian state, its political institutions, and political practices in postcolonial India. By consistently and incisively unearthing the underlying normative assumptions of political life in the modern state, Bhargava has frequently demonstrated that compelling, antagonistic political and ideological positions need not always be at war with each other. To the contrary, there can be much common ground that could be discovered if only people could be persuaded to discover it. Thus, dialogue, conversation, and persuasion have been integral elements of Bhargava’s approach in thinking about several issues such as the place of religion in a modern society, the relationship between religion and politics, the nature of democracy, ideas of liberalism and constitutionalism, and their challenges in the form of exclusionary nationalism and reified traditional practices, the importance of reconciliation in the aftermath of violence, and resources of friendly cohabitation in ancient Indian political thought. This symposium aims to bring together an interdisciplinary group of scholars to critically think with Bhargava on some of these issues. These scholars who work on eras ranging from ancient India to the contemporary and in diverse fields such as philosophy, history, politics, and art will collectively reflect on the trajectories of these ideas that have been at the heart of Bhargava’s contributions. In order to accommodate multiple time zones, the symposium would be held for half a day each, on two days, October 19th and 20th, 2021.

This two-day symposium is free and open to the public. Please register for the event here in order to receive the Zoom link for the event.

If you have any questions about the event, please contact Arvind Elangovan at arvi29@gmail.com

Register in advance for this meeting:

After registering, you will receive a confirmation email containing information about joining the meeting.