Online Screening of Until and Unless 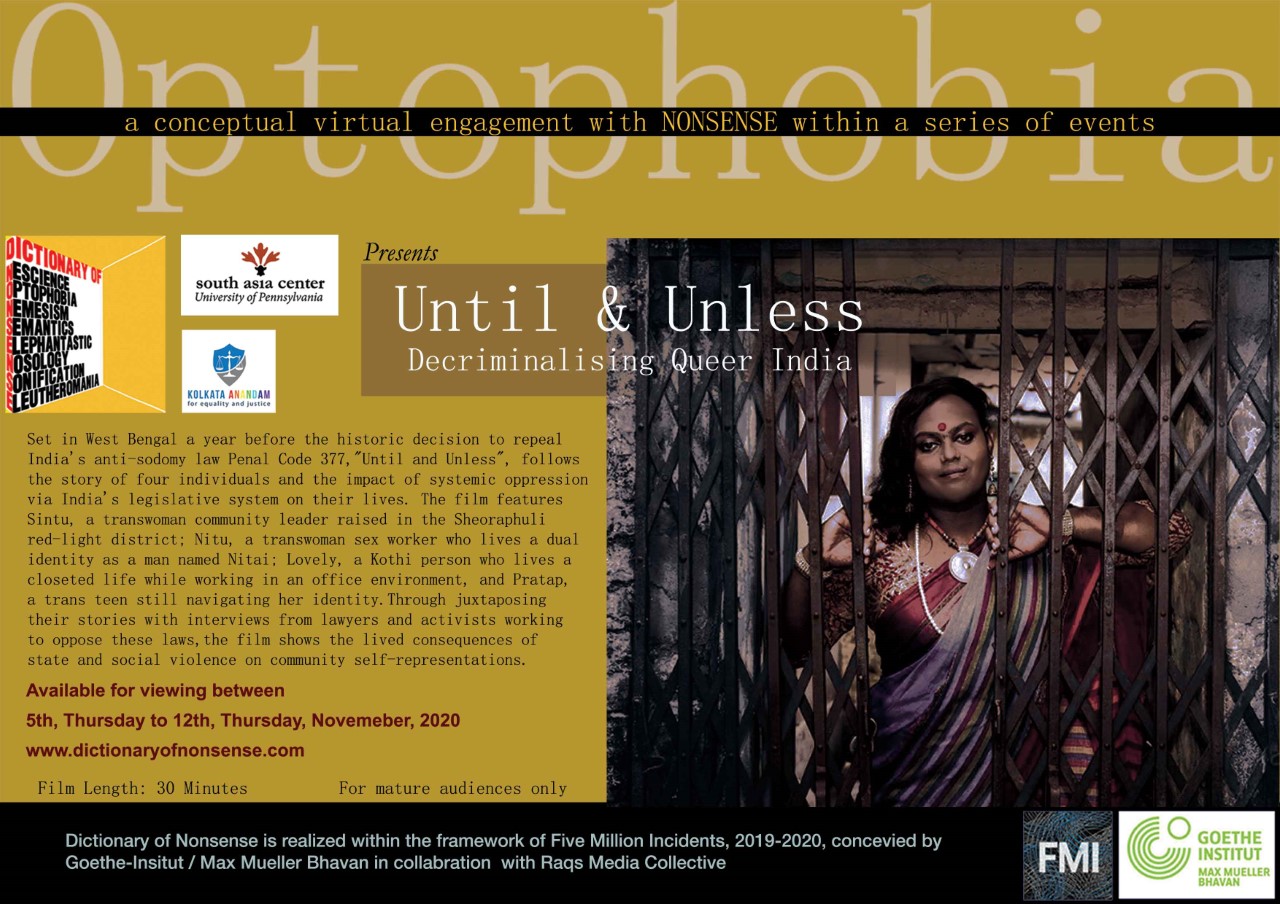 For a limited time only watch, Until and Unless, on Youtube from Now until November 9th. Join SAC for a panel discussion on this film and hear updates from the community on Novemebr 9th.

About the film:
Set in West Bengal a year before the historic decision to repeal India's anti-sodomy law, Penal Code 377, Until and Unless follows the story of four individuals and the impact of systemic oppression via India's legislative system on their lives. The film features Sintu, a transwoman community leader raised in the Sheoraphuli red-light district; Nitu, a transwoman sex worker who lives a dual identity as a man named Nitai; Lovely, a Koti person who lives a closeted life while working in an office environment, and Pratap, a trans teen still navigating her identity. Through juxtaposing their stories with interviews from lawyers and activists working to oppose these laws, the film shows the lived consequences of state and social violence on community self-representations.

About the making of this film: