Until and Unless: Decriminalizing Queer India at Temple University 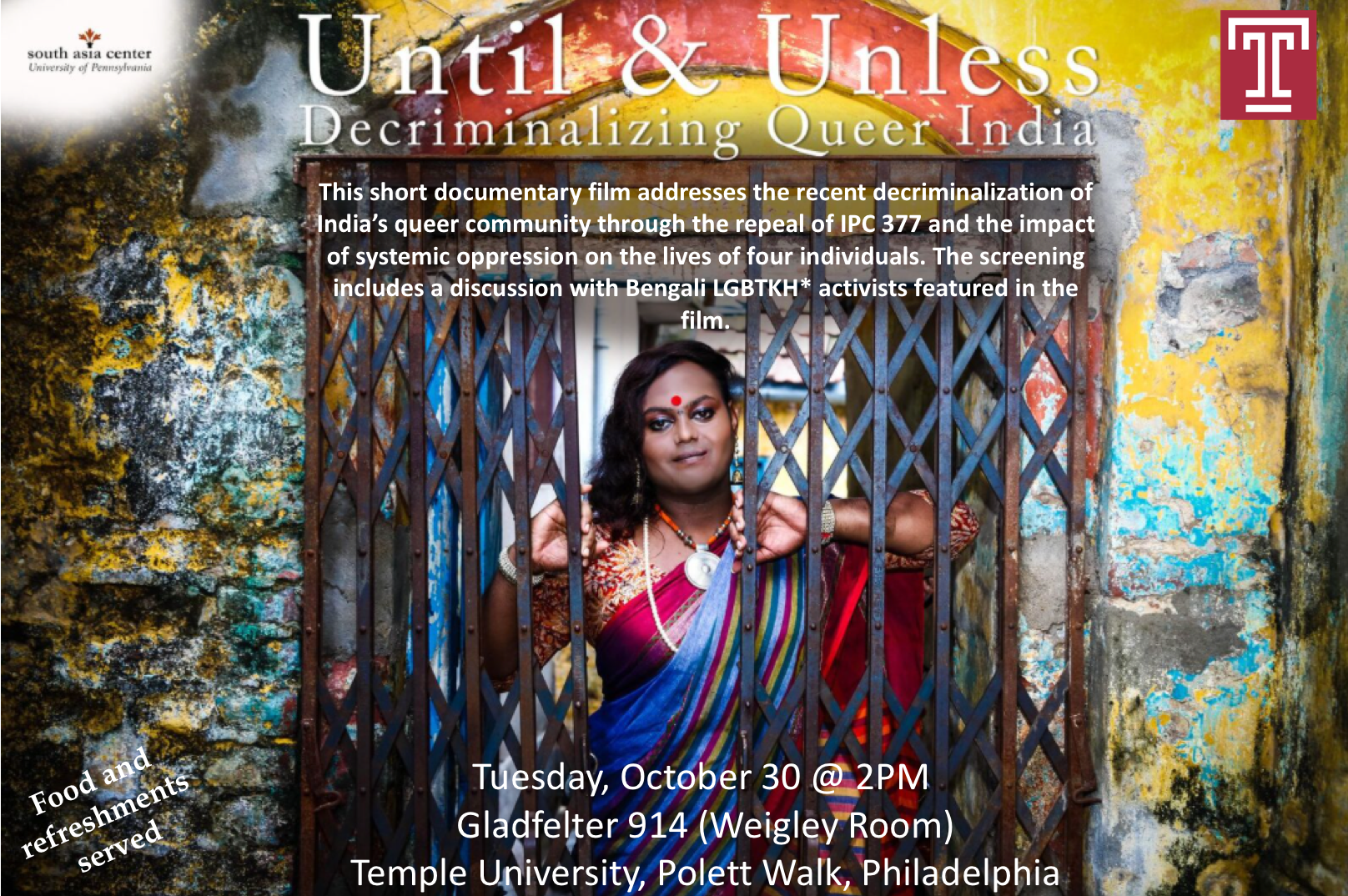 We welcome you to attend a screening of, "Until and Unless," Tuesday, October 30 at 2PM in Gladfelter 914 (Weigley Room) Temple University, Polett Walk, Philadelphia, PA 19122. This short documentary film addresses the decriminalization of sodomy in India. The event will feature a screening of the short film, “Until and Unless”, and a discussion with the Bengali sex-worker and trans activist co-creators of the film. Food and refreshments will be served. Until and Unless Film Description: Set in West Bengal a year before the historic decision to repeal India's anti-sodomy law Penal Code 377, "Until and Unless", follows the story of four individuals and the impact of systemic oppression via India's legislative system on their lives. The film features Sintu, a transwoman community leader raised in the Sheoraphuli red-light district; Nitu, a transwoman sex worker who lives a dual identity as a man named Nitai; Lovely, a Koti person who lives a closeted life while working in an office environment, and Pratap, a trans teen still navigating her identity. Through juxtaposing their stories with interviews from lawyers and activists working to oppose these laws, the film shows the lived consequences of state and social violence on community self-representations.Film Length: 30 MinutesFor mature audiences only.About the making of this film: This film was created through a collaboration between the South Asia Center (SAC) Research Internship Program and the grassroots LGBTKH* organization Balaram Dey Street Anandam. Amelia Carter, Assistant Director of the South Asia Center and co-director of the film is an alum of Temple University. Watch trailer here: https://www.youtube.com/watch?v=ZNXjLvouD2ALearn more about this film by visiting: https://www.balaramanandam.org