A Day in the Life: A SAC Intern Reflecting on the Role of Hope, Community, and Tradition in Sri Lankan Healthcare Systems 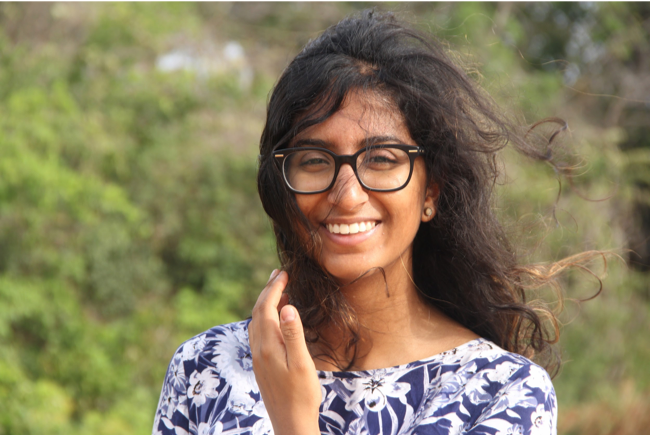 Sitting on the bumpy back of a bus with the dry air of Sri Lanka blowing against my face, I typed “Wahalkada” into Google Maps on my phone. I watched the red pin drop into a field of green, far from any roads or cities. That’s the tiny village where I was going to spend my next few weeks doing fieldwork with chronic kidney disease patients. The last of my three buses turned onto a road with fluorescent green paddy fields lining each side. The temperature was 96 degrees as I stepped off the bus onto the red, rocky dirt. I watched the bars of data on my phone slowly recede to the point where I could barely send a text message. After spending my first few weeks in a sizable city like Kandy, I knew I’d be seeing another part of Sri Lanka now.

Each morning, as the sun penetrated the grated windows of the brick house, the heat was enough to wake me up by 6 AM. Since the majority of houses here did not have a tapline, anything from brushing your teeth to showering had to be done by the well. It was an interesting experience, to say the least. Breakfast, like every other meal three times a day, consisted of rice and curries. Another interesting experience.

As we began our day of work, the schedule often consisted of a full day of in-depth interviews with patients from the local area and others from around the country. With my professor mentor and three other researchers forming the core team, we often split up to reach as many people across the village as possible.

My research project primarily focuses on the health-seeking behaviors of chronic kidney disease patients in Sri Lanka. Chronic kidney disease of unknown etiology (CKDu) is a widespread problem in the northern part of the country, where almost 1 in 5 people are diagnosed. Imagine a village where almost every person has an immediate family member with CKDu. That’s where we were, and it’s not an uncommon finding across many villages, where a combination of agricultural practices and water quality lead to thousands of deaths each year. While research is well underway to find the coveted cause of this disease, the social side of research looking at patient experiences, community infrastructure, and the interplay of different healthcare systems is noticeably lacking.

Coming from a country where western medicine is almost the only source of treatment, it was eye-opening to see the different types of traditional types of care that people sought based on their needs, beliefs, and failed attempts. Some looked to herbal Ayurvedic treatments, while others sought solace in the power of God through supernatural healing methods. Instead of discrediting any one type of medicine, my job was to observe, interview, and record the different aspects of each medicine and the sociocultural aspects that attracted patients towards each.

It was unlike anything I’ve done before to put aside my own beliefs and biases and interview patients who thought in ways that are worlds apart from me. These patients included a helpless elderly woman who has nine kids, but lives alone with no support after losing her husband to the same disease. When asking her doctor what her disease means, she is ignored and simply given her pills since “she won’t understand even if explained.” There are patients who described to me how western medicine only controls symptoms rather than curing entirely. Others detail the years of diagnostic tests they had to sit through while emptying their wallets. In this region of poor farmers, patients are treated without dignity and respect under the medical gaze, and a host of experiences pushes them towards different types of care. In the end, almost every patient agrees that a diagnosis is essentially like being on death row, where you are simply awaiting your turn.

Through our research, we are finding that there are various aspects of care patients believe to be important, and by bridging the gap between these various types of care and offering a platform to share principles, the treatments that patients receive can be that much more effective. Ultimately, in a system where western medicine stands most superior, how can we redirect and reform policy to funnel resources towards both the traditional and western ways of treatment within society?

As a SAC intern based out of the International Centre for Ethnic Studies in Kandy, Sri Lanka, I was given the freedom to explore my own project in a creative way while also given the structure and knowledge to systematically learn the process of interviewing, analyzing, and synthesizing this research. While phase I of this research has drawn to an end, I hope to continue this research through further interviews and larger analysis connections. Looking ahead, I would like to make this research available to the policy advisors and lawmakers who are exacerbating the future of this kidney disease epidemic through poor water quality monitoring, lack of public health aid, and resistance to support traditional healing methods in these rural regions. This research has inspired me to continue to study the social factors that back any health diagnosis, especially for vulnerable populations who bear the brunt of the systemic sociopolitical issues that are affecting health today.

Over the years, I’ve taken multiple classes at Penn exploring the importance of sustaining traditional medicine and integrating it with community workers and newer treatment. I’ve also studied the social determinants of health and their diverse effects on human health. Now, my ethnographic research in Sri Lanka has allowed me to dig deeper into these concepts and see them come to life through the lives of the patients speaking to me everyday, and it’s taught me a lifetime’s worth.