'The Power of Feeling' Reflections from a SAC Intern 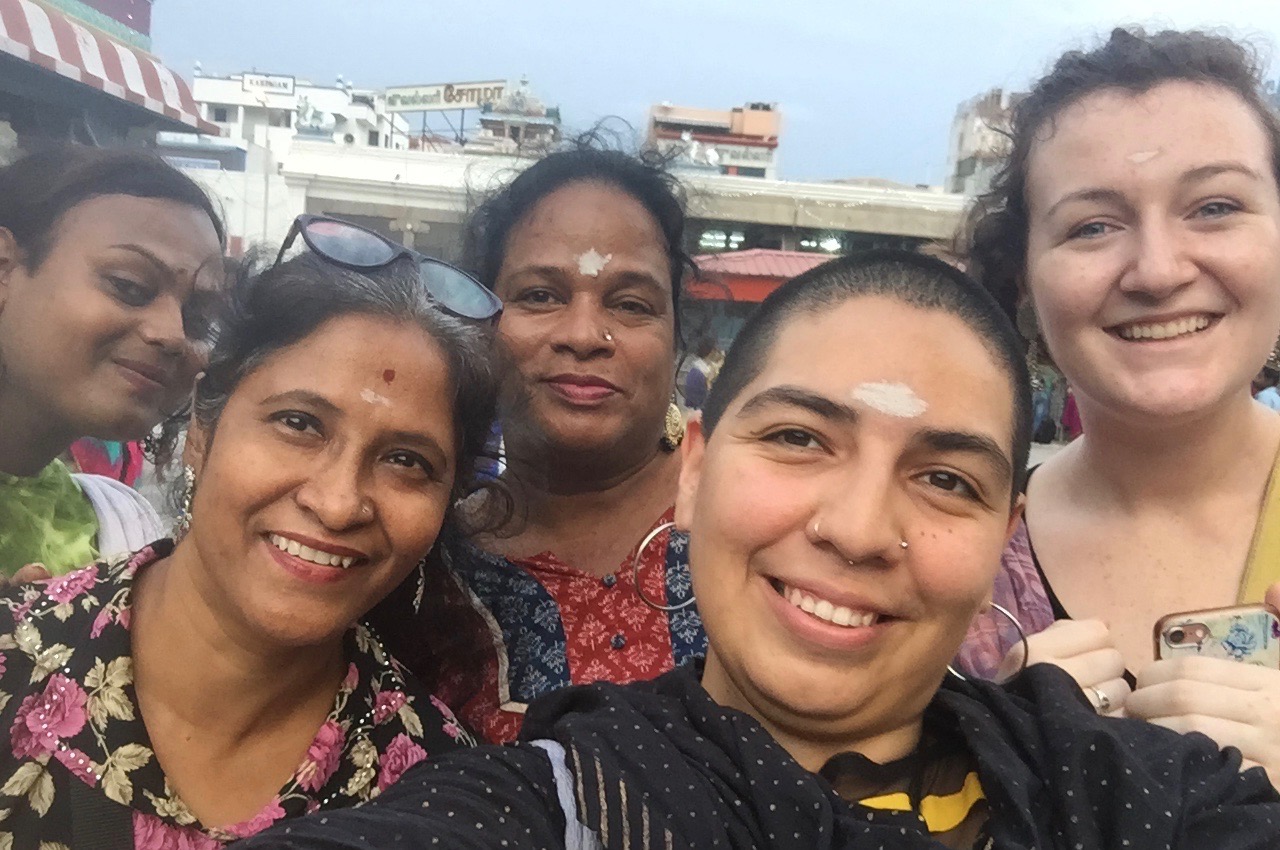 After traveling through three different cities (six screenings into the tour), I had the most profound thought. For the first time since commencing the tour, we were screening in a theatre. Planning the Pondicherry screening had proved to be one of the most difficult as we hurried to confirm a space and canvassed around White Town trying to gather an audience for that evening. With a prior connection to the venue, our facilitator reassured us that it would be okay. We spent an afternoon walking up and down the beach, through the neighborhoods, and going door to door advertising our event. We were not really sure who to expect that evening.

6:50 pm and I was still outside handing out flyers to passersby hoping they would come fill the empty seats. Twenty minutes later I decided that whoever was inside would be there for the show and that was it. I walked into the theatre to see the bleachers full, and I crouched into a corner. Two other people walked in, unable to find seats, and walked out again. We were at capacity.

A documentary film presented in a theatre by the activists and directors themselves—that is where art meets activism face to face. An audience comprised of actors and performance artists is undoubtedly able to feel the messages of this film and the lives of those in it as profoundly as they feel the characters they embody on stage.

No connection can take place without allowing yourself to feel first. For some that means that they are being asked to open up-- to allow vulnerability. In a world with daily notices of hate and violence, highlighting both of my homes the US and India, vulnerability is not always safe. Allowing ourselves to trust others enough to open our hearts and souls to them does not come easy.

The feeling that was shared amongst those in this room was unlike any other energy exchange that had been felt in the previous screenings. A room comprised of French tourists, elders, students, artists, actors, and LGBTKH community activists came to life. The activists took the stage sharing their life experience and bringing to the spotlight the stories we had lived through the film. Hands went up as questions surfaced addressing everything from government forms to what the organization had in store for the future to anecdotes of the touring experience.

When you are being probed to open your heart in a room full (so full) of strangers because who you see before you is opening up to you in ways you have never experienced before, you do it. You open. Or you shut tighter out of fear, which was the case for a few folks throughout the tour. But when you allow yourself to open, to truly feel and empathize with the emotions of those around you, then only, do you connect and build.

In summary, that is what this internship has been about. More than anything, I have learned to feel, to connect, and to build. It is only fitting that an internship titled movement building has left me with the grandest take away and lesson in life. If we wish to connect, if we wish for our activism to reach those farthest from us, we must learn to feel for others and most importantly within ourselves.