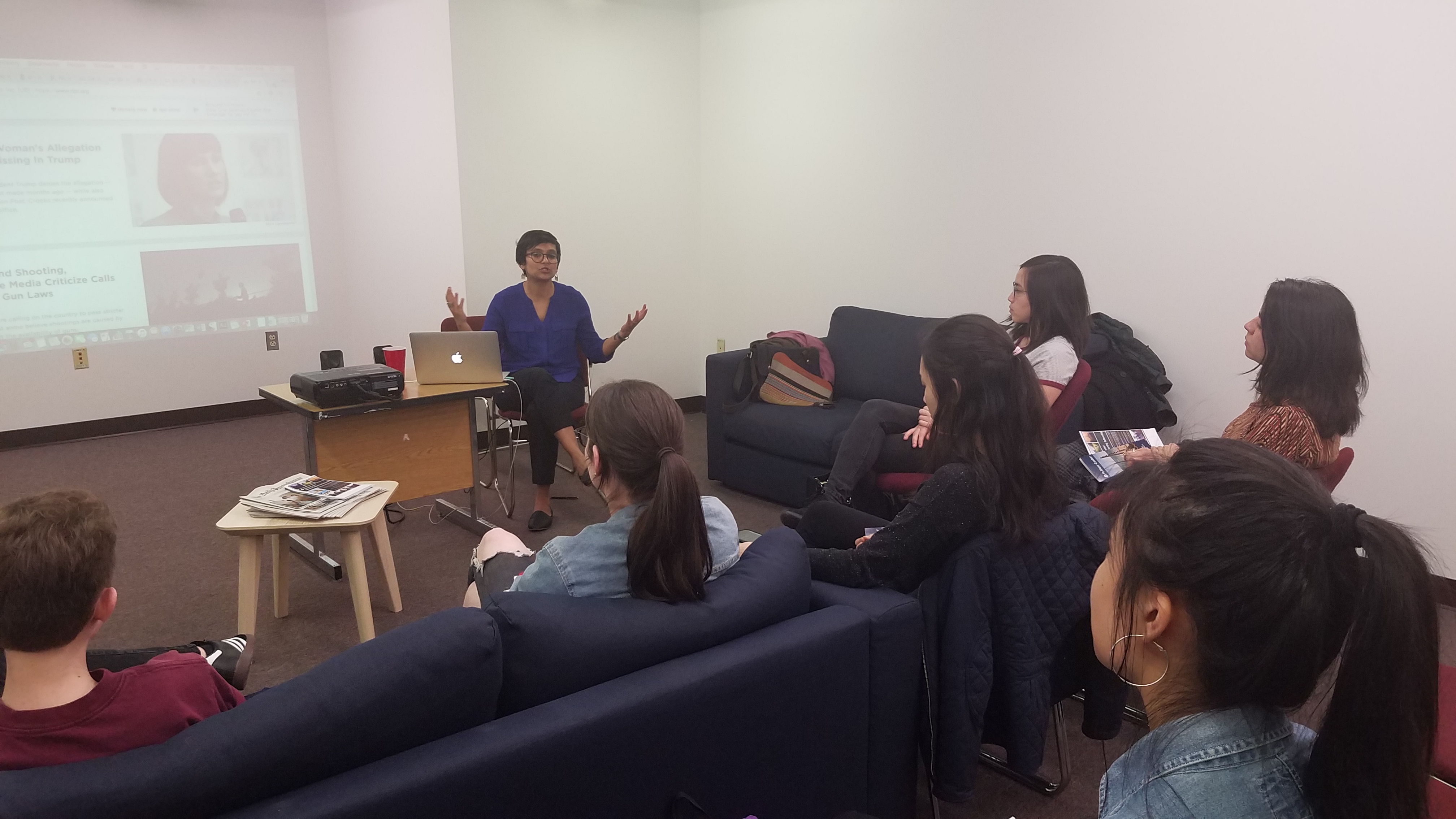 On Wednesday February 21st, Pulitzer Award Winning NPR journalist Rhitu Chatterjee spoke to a group of student editors and reports at the Daily Pennsylvanian (DP), Penn’s independent student newspaper. In an intimate setting in the paper’s headquarters, Rhitu spoke to the group about working with different mediums, covering social issues, and writing about how science, health and the environment intersect with society.

The event was planned and supported by the South Asia Center, Middle East Center, and Pulitzer Center for Crisis Reporting as a result of a collaboration between the three groups to develop journalists and paint a picture of what is happening elsewhere in the world. In accordance with this goal, Rhitu Chattjee, a Pulitzer Grantee who has done extensive reporting in South Asia, shared advice and stories with the Daily Pennsylvanian’s budding journalists.

Rhitu has spent the last several years covering gender violence and gender issues in South Asia for PRI’s The World and NPR. In these roles and others, she has worked across mediums – newspaper, radio, magazine and digital – and has written and edited stories on a range of topics including such things as food and nutrition.

Given her many years of experience, students were excited to ask Rhitu about how to generate traffic, draw in readers, and create a story that keeps audiences interested. And at the end of the session, Rhitu was happy to share tips on valuing yourself as a journalist and developing skills needed to work in fast paced spaces like NPR.