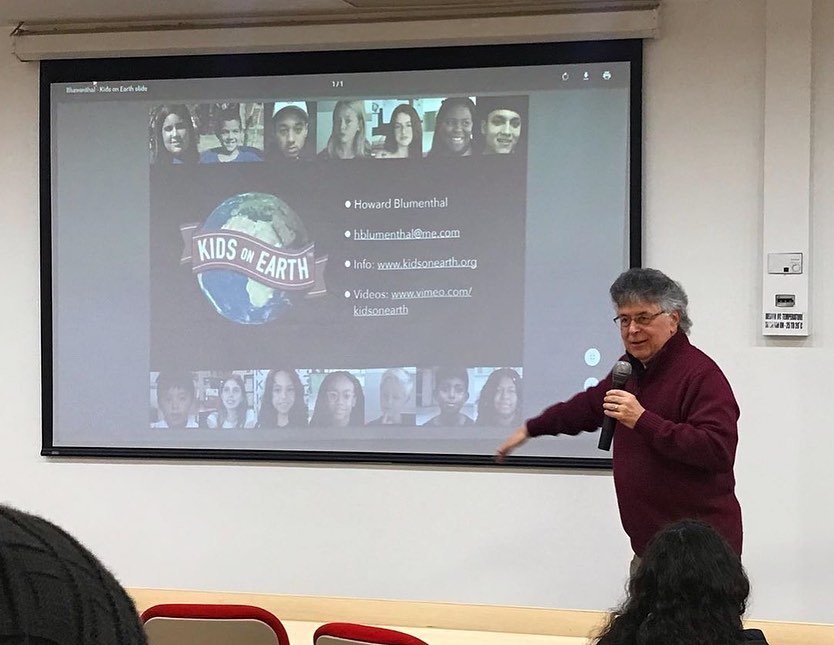 This year the South Asia Center worked with our partners at UPIASI to organize Howard’s travel to South Asia for the development of an India segment for his K-12 educational program Kids on Earth. From his trip Howard was able to generate dozens of global education video’s for both teachers and students focused on India. This program was moved entirely online due to COVID-19 but now has the capacity to reach more students and teachers than we originally thought possible!

Howard Blumenthal created and produced the Peabody Award and Emmy Award winning PBS television series, Where in the World Is Carmen Sandiego? He is the founder of Kids on Earth, as well as a Senior Scholar at The University of Pennsylvania’s Positive Psychology Center. He is the author more than 20 books about history, time travel, creativity and more, and a former syndicated newspaper columnist for The New York Times Syndicate. Since 2017, Howard has grown Kids on Earth to become the world’s largest library of one-on-one video interviews with children and teenagers (mostly nine to 14-years-old). Kids on Earth’s constantly expanding Vimeo site presents more than 800 videos recorded in England, Bulgaria, Slovenia, Kosovo, Uganda, Hong Kong, the United States, Brazil, Uruguay, Cambodia and Chile. We are so proud to be able to include India in this work.

In this Special India Edition you will find:

Students Special Edition which includes 12 videos less than 5 minutes each of Indian children discussing culture, history, language, sports and what it’s like being a kid in India. These clips can be shown directly to students and include brief introductions by Howard so students have more context to the messages delivered by our primary informants.

The Teacher Special Edition portion of the series has been specifically designed to show K-12 educators how the online tool can be used in their classrooms. This includes critical background relevant for educators and their students.