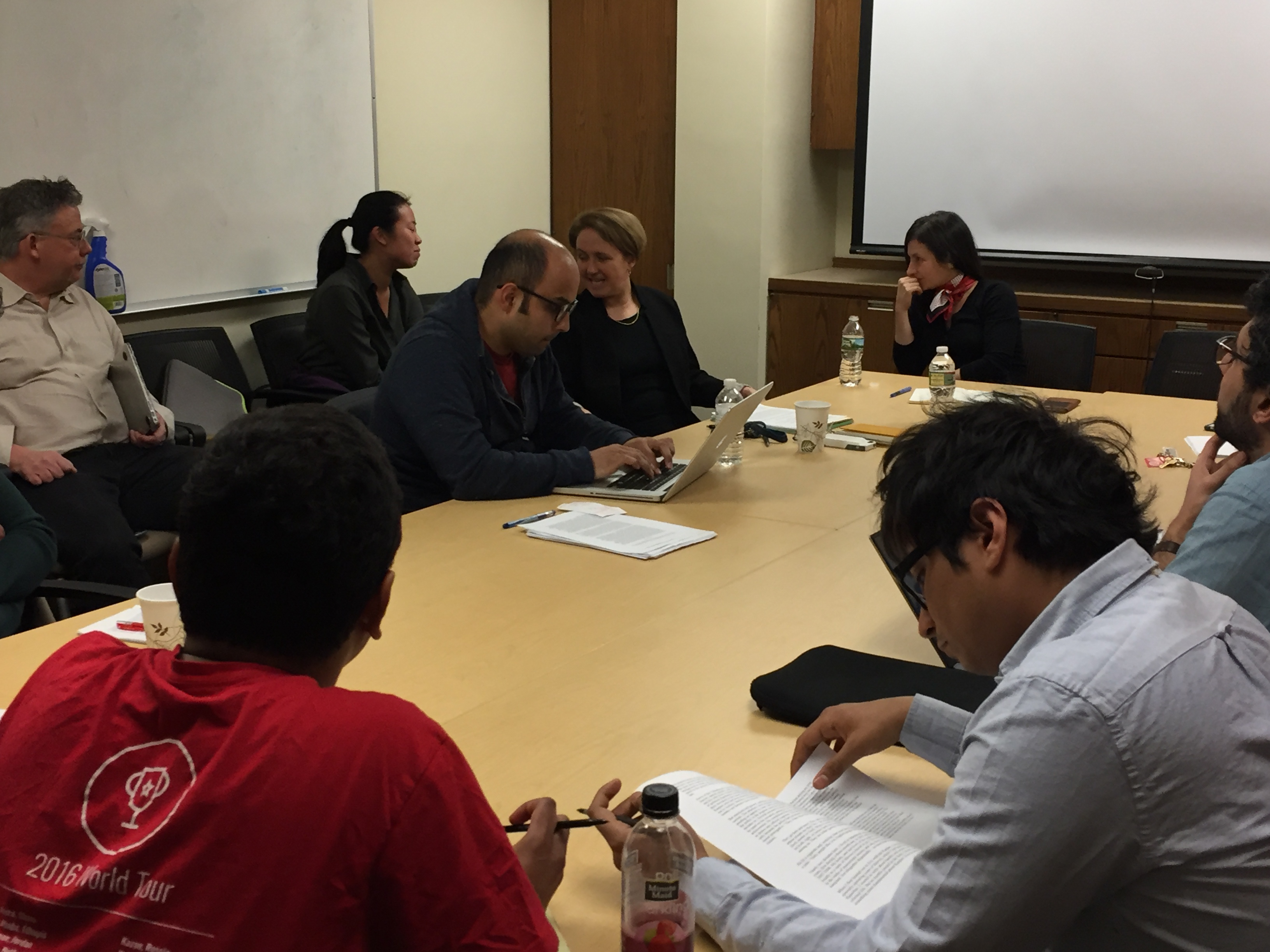 “South Asia’s Politics in Its Vernaculars: Words and Concepts,” a conference held on March 30, 2018, was the second in a series of collaborative events organized by Lisa Mitchell (South Asia Studies, University of Pennsylvania) and current South Asia Center Visiting Fellow Anastasia Piliavksy (Social Anthropology, University of Cambridge).  It follows an earlier conference on “India’s Politics in Its Vernaculars,” also held at the University of Pennsylvania on November 11 and 12, 2016, co-sponsored by the South Asia Center, the Department of South Asia Studies, and the Center for the Advanced Study of India.

Professors and graduate students from colleges and universities across the east coast gathered at the Silverstein Forum in Stiteler Hall on Friday morning to share recent papers and ideas. After a light breakfast and Lisa Mitchell’s welcoming introduction to the program, the agenda for the day unfolded; a series of four panels formed the substance of the conference. In the first panel, professors Sudipta Kaviraj and Allison Busch from Columbia University discussed rhetoric and political ethics.  From here, the second panel dove deeper into political action in the context of India. Three of our own SAST professors led the conversation. Ramya Sreenivasan, Sudev Sheth, and Indivar Jonnalagadda spoke on “Swamidharma: The Politics of Loyalty in Early Modern North India,” “Governors, Deputies, and Deputy-Governors in Eighteenth-Century India,” and “The Fieldworker and the Field: (Re)producing Political Influence in Uncertain Times,” respectively.

After a short coffee break, Lisa Mitchell talked with Laura Kunreuther from Bard College to grapple with political expression during the third panel. Both touched upon Āwāj and Āvēdana, both of which are metaphorically and theoretically relevance to deciphering modes of political expression. The last panel featured two SAST department members, Asfar Mohammad and Elliot Montpellier, and Vivek Yadav from Columbia University. The three discussed political collectivity in the last panel. The day of stimulating conversation concluded with keynote speaker Anastasia Piliavsky from the University of Cambridge. After her talk, entitled “For a Lexicography of India’s Politics in Its Vernacular,” Piliavsky opened the floor for questions, continued discussions, and reflections.

All the panels featured in the workshop probed academics in the audience to ponder--what animates South Asia’s spirited and complex political spheres? What logics guide its inhabitants in tense engagement with the ideas and institutions of political modernity? In what terms and through what values do participants perceive its political reality? And what colloquialisms shape everyday political life?  Faculty and graduate students from the mid-Atlantic region of the east coast gathered together for a day to address these questions. Each presenter reflected on specific terms, concepts, or group of terms from a language of the region to capture an aspect of vernacular political thinking in South Asia. Discussion was supported with specific ethnographic, archival and textual source materials illustrating the various terms and concepts presented. Overall the workshop generated an extremely lively and productive comparative discussion of the languages of South Asia’s political lives in their contexts of actual usage, both in the present and the past.  A third workshop is planned for May 25-26, 2018 at the Center for Research in the Arts, Social Sciences and Humanities at the University of Cambridge.