Updates from the South Asia Collection

In recent months, Penn Libraries has acquired 37 South Asian manuscripts that had been deaccessioned from another U.S. institution in the 1990s. Though tending toward Sanskrit works on Tantra, overall the manuscripts are notably varied in language and scope, with ten other South Asian languages represented. You can read about the first two purchased manuscripts — a Telugu epic poem and a collection of Gujarati narratives — in this blog post from Unique at Penn. 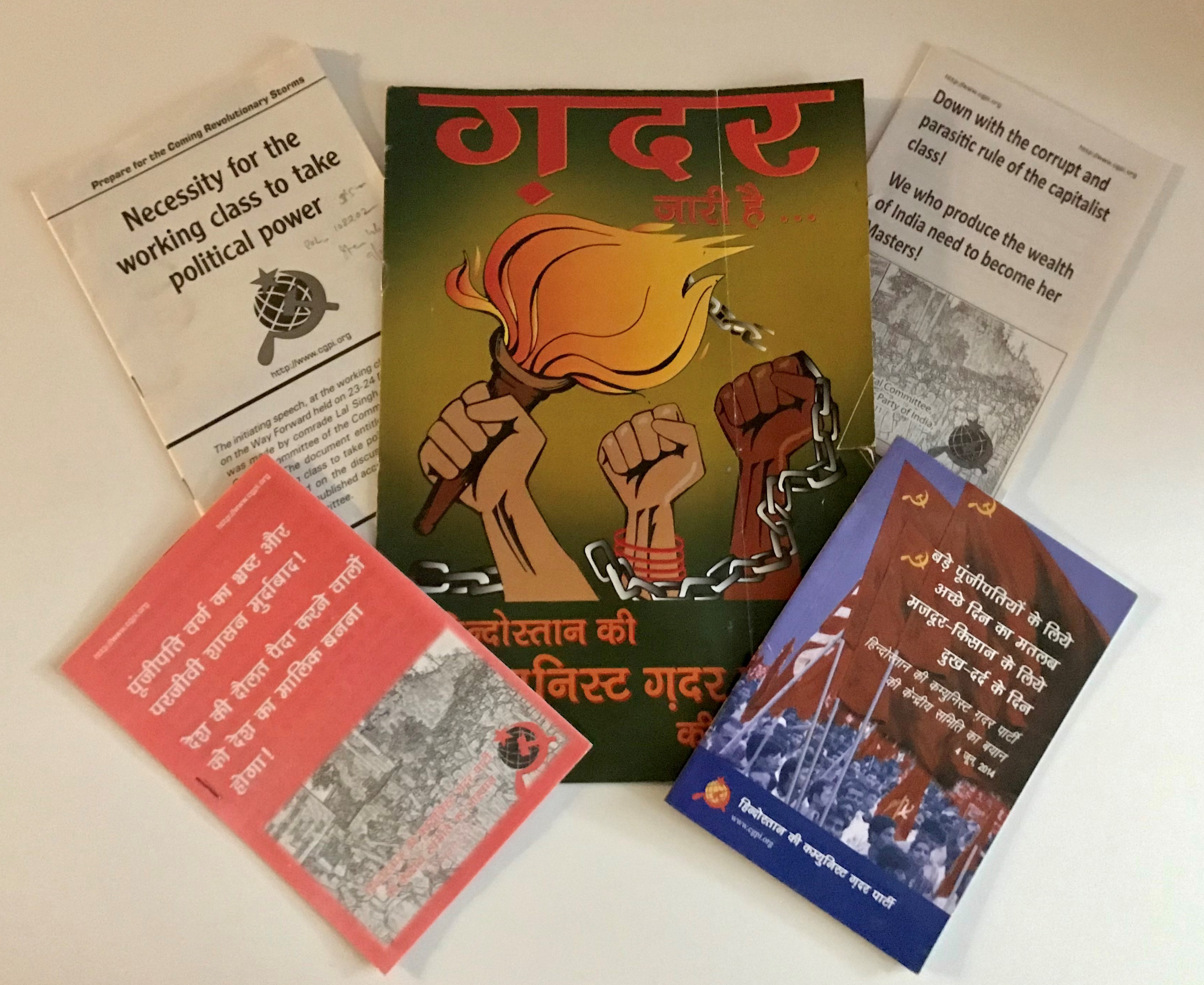 Last year, we acquired a number of publications from leftist organizations, including pamphlets and other ephemera from the Ghadar Movement, the Azad Hind Party, and the Communist Party of India. Highlights include collections of poetry inspired by freedom movements, guidelines for revolution, and various political tracts outlining party stances and histories. Languages include Punjabi, Hindi, and English.

Additionally, we are acquiring two substantial collections of papers and research materials on 1970s/80s politics in Pakistan and India from two Penn alumni. Materials from the collection of the late Stanley Wolpert (Penn PhD, '59) feature incredible taped interviews and photographs with the Bhutto family. The collection of recently departed Mary Carras (Penn PhD, '69) includes interviews with Indira Gandhi that informed Carras's notable biography on the politician.

Following the launch of India's Citizenship Amendment Act Protest Movements Web Archive last spring, we collaborated to propose, curate, and preserve an additional web archive devoted to issues of gender and sexuality in South Asia, with a focus on grassroots movements, community building, and platforms for self-expression. The South Asian Gender and Sexuality Web Archive went live last fall and continues to grow. Additionally, we've been working to develop a new web archive devoted to the Indian farmers' protests, which was recently approved by the Ivy Plus Libraries Confederation. We're currently collaborating with partners to curate and document relevant websites and electronic resources. Please contact Jef Pierce (jfpierce@upenn.edu) or Elliot Montpellier (emontp@upenn.edu) if you have suggestions for inclusion. 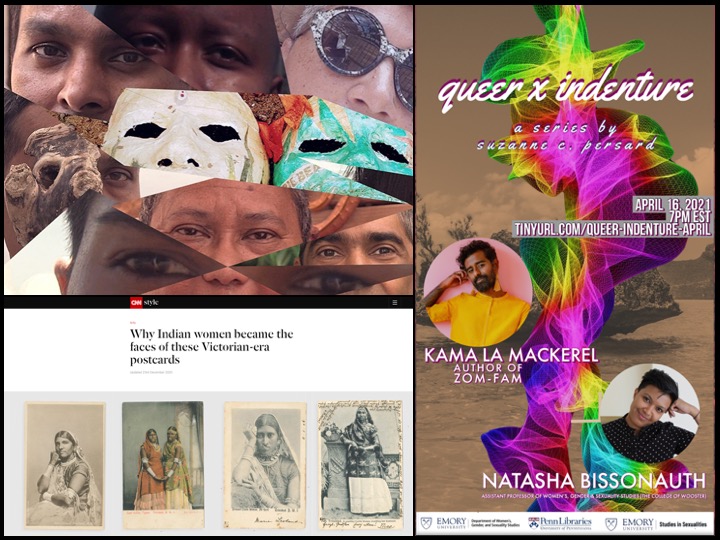 We've continued to build on our nascent Indo-Caribbean collection with new acquisitions and partnerships. We've purchased 20 additional vintage postcards to add to our Indo-Caribbean Postcards collection, which was recently featured in a CNN Style piece. Students in Prof. Rupa Pillai's classes always enjoy engaging with this material, and we're delighted to continue expanding the collection.

Penn Libraries is also pleased to co-sponsor a series of panels organized by Suzanne Persard at Emory University, Queer x Indenture. Visit the series website to learn more about upcoming panels, which will continue through May. Relatedly, we've recently purchased Queer Coolie-tudes, a "queer ethnography" by Michelle Mohabeer that serves as "a nuanced poem of queer Indo-Caribbean diasporic creole identities." Learn more at the film website, and look for streaming access via Franklin in coming days.

Thanks to broad support from Business, Social Science, and South Asian Studies Librarians, as well as a funding contribution from the Browne Center facilitated by Prof. Heather Schofield, we were able to purchase access to all modules of Consumer Pyramids dx from the Centre for Monitoring Indian Economy (CMIE). Drawing from expansive and ongoing household surveys, this resource provides meaningful data related to demographics, employment, income and expenses, consumer trends, and more. We continue to provide access to two other CMIE databases: Prowess dx and States of India. 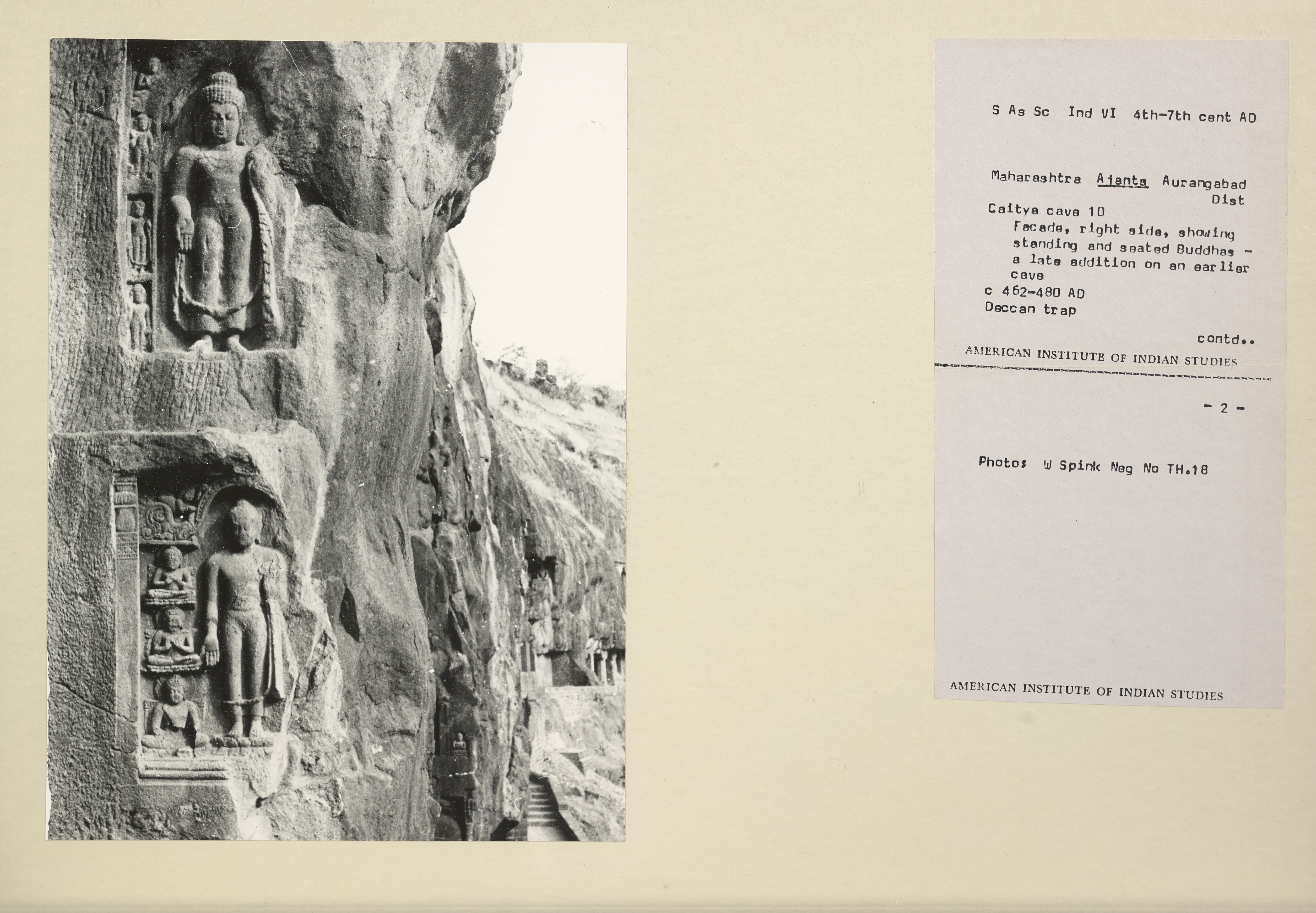 The AIIS Photo Archive, which has been housed at Penn Libraries since the late 1970s, is being digitized! Work is currently ongoing to digitize photos and create metadata spreadsheets for the entire collection of approximately 115,000 images related to artistic and architectural heritages of South Asia. A companion collection of about 5,000 images by professor emeritus Michael Meister will also be included. Images should be accessible in Penn Libraries' new digital repository, Colenda, later this year or early 2022.

The South Asia Collection was recently granted an additional $24,000 in funding for directed purchases in areas needing further development. This funding allowed us to purchase more than 200 books related to arts and performance; nearly 400 books in Urdu and Punjabi (in Shahmukhi script) from a new Lahore-based vendor; 250 volumes of Tamil literature from Sri Lanka and India; and 125 old & rare Sanskrit books to fill gaps in our series holdings.